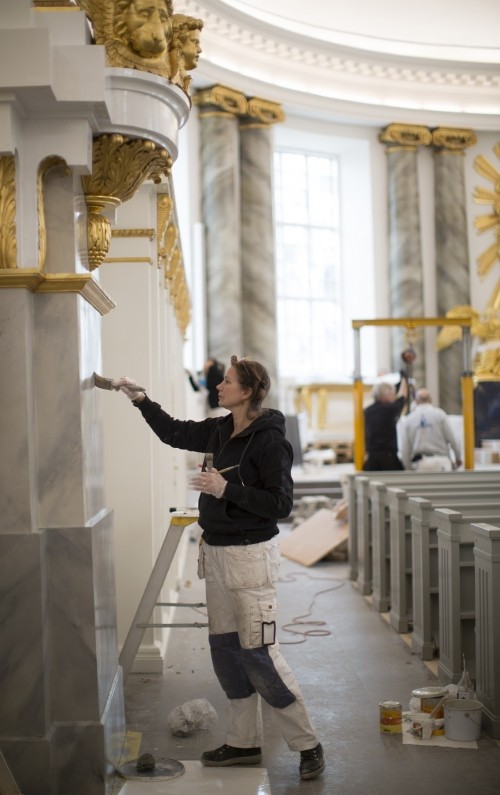 I have since 2001 performed a large number of public art and design assignment in the construction (building) sector (so called murals). I also work with big restorations in cultural-historical buildings and in theater and film productions as a decorator painter.

2003-2011 Linnémålarna
Starts and runs the company Linnémålarna, along with three colleagues. We perform a large number of painted embellishment and restoration assignments in private and public spaces.
www.linnemalarna.se

2009-2016 Hede Ateljé.
Decor painter at Hede Ateljé. The company makes decors for theater and film productions all over Sweden.
www.hedeatelje.se

2008-2010 Västsvensk Byggkonst.
Director of VSBK, a platform for cooperation between developers, designers, entrepreneurs and artists.
www.vsbk.se

2009-10 initiator and co-worker in the research assignment – gender equality in the painting industry.

2005 teacher for the decorators at Gothenburg city theater.